The One Moto Show is an awesome collaboration of efforts, and it’s amazing to see so much creativity packed into one small space. Really, the space selected for the 2021 show was huge, but if you consider that it would have taken at least five times as much square footage to show as many cars, its density of rad-ness really is off the charts.

As I expressed in my quick look at a handful of favorite bikes from the show, it really is easy to gloss over the details at an event like this, as there’s just so much to take in. While it’s much easier to capture the entire essence of a motorcycle in one photo than it is to do the same with a car, this is a double-edged sword. If you don’t get right up close, you’re guaranteed to be missing out, especially when every last inch of of every build seems to have been thought of.

Distilling this down to something cohesive, we decided that while Sara captured the overall atmosphere at the One Moto Show, I would do a deep dive on the coolest tanks and seats from the show. Plus, since a gallery featuring local artists was incorporated at the event, you’ll see some of that here as well. At the end of the day, it’s all art anyway.

Even the parking lot had fantastic array of awesome stuff to look at. The depiction of this Harley-Davidson as a victorious screaming bald eagle ridden by a bearded man with a naked lady on back really summed up the vibe well. 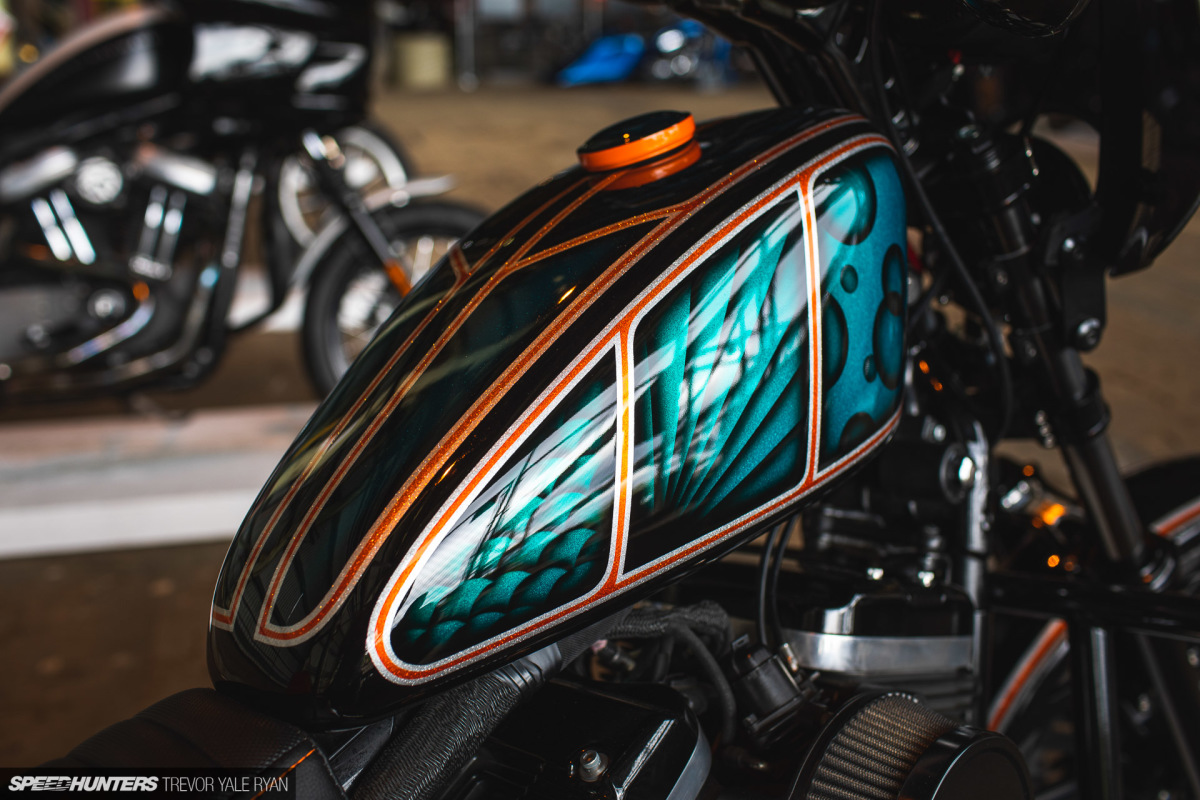 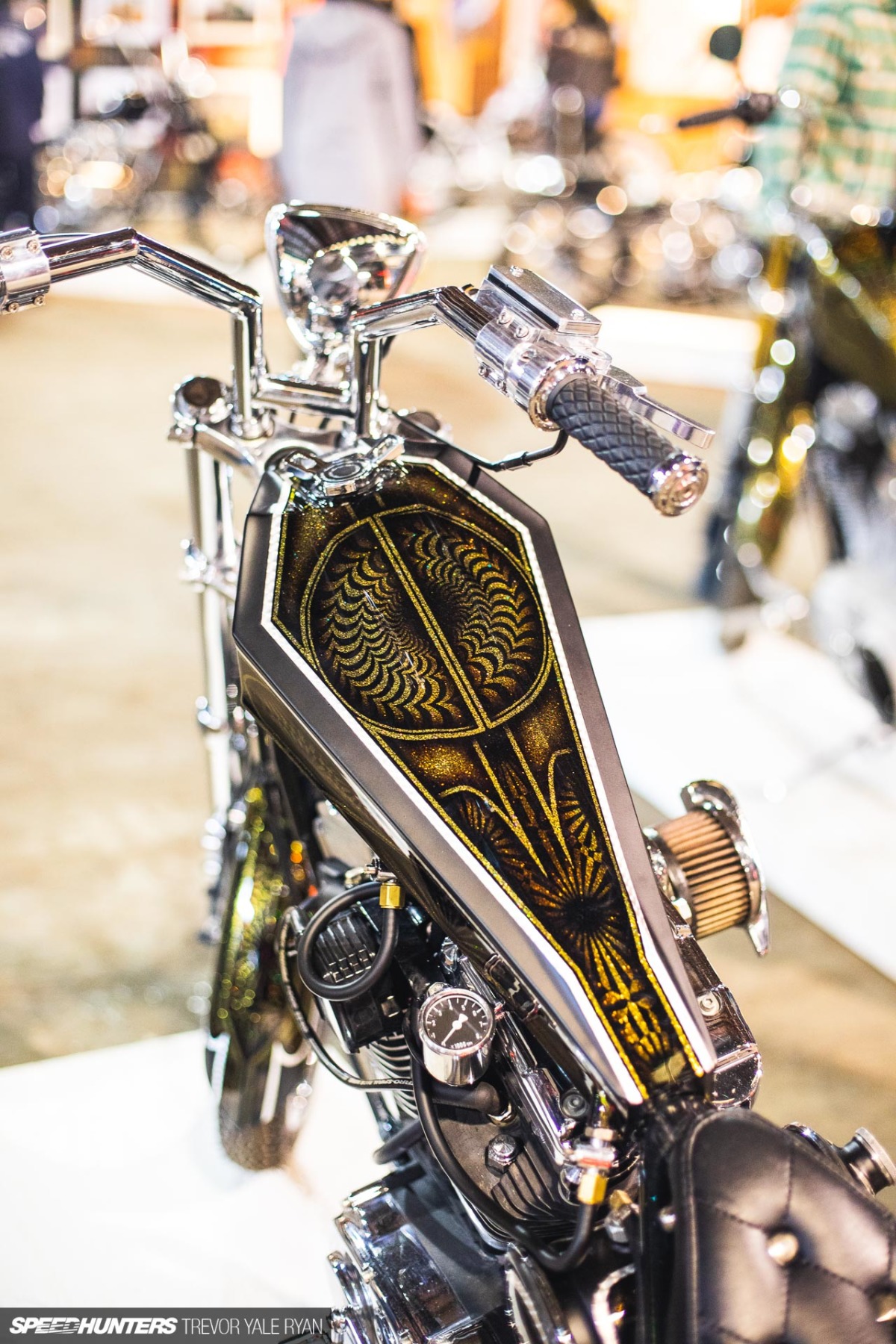 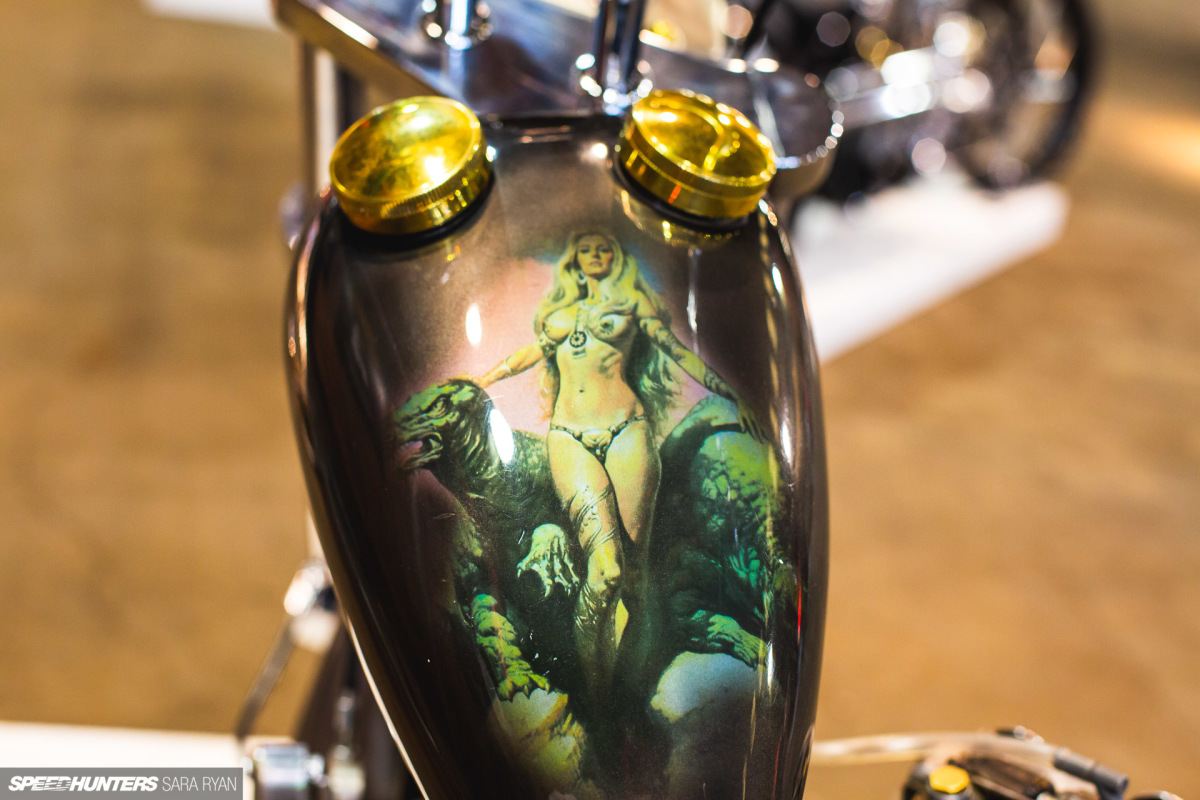 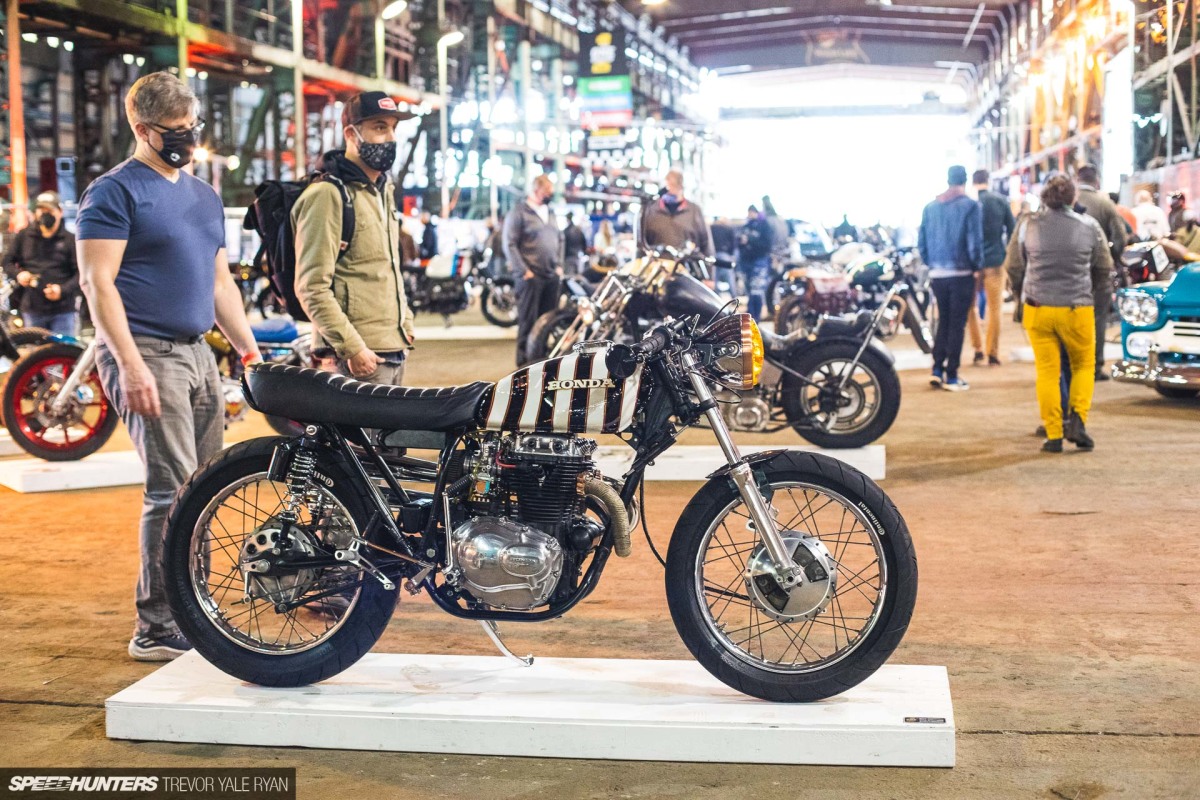 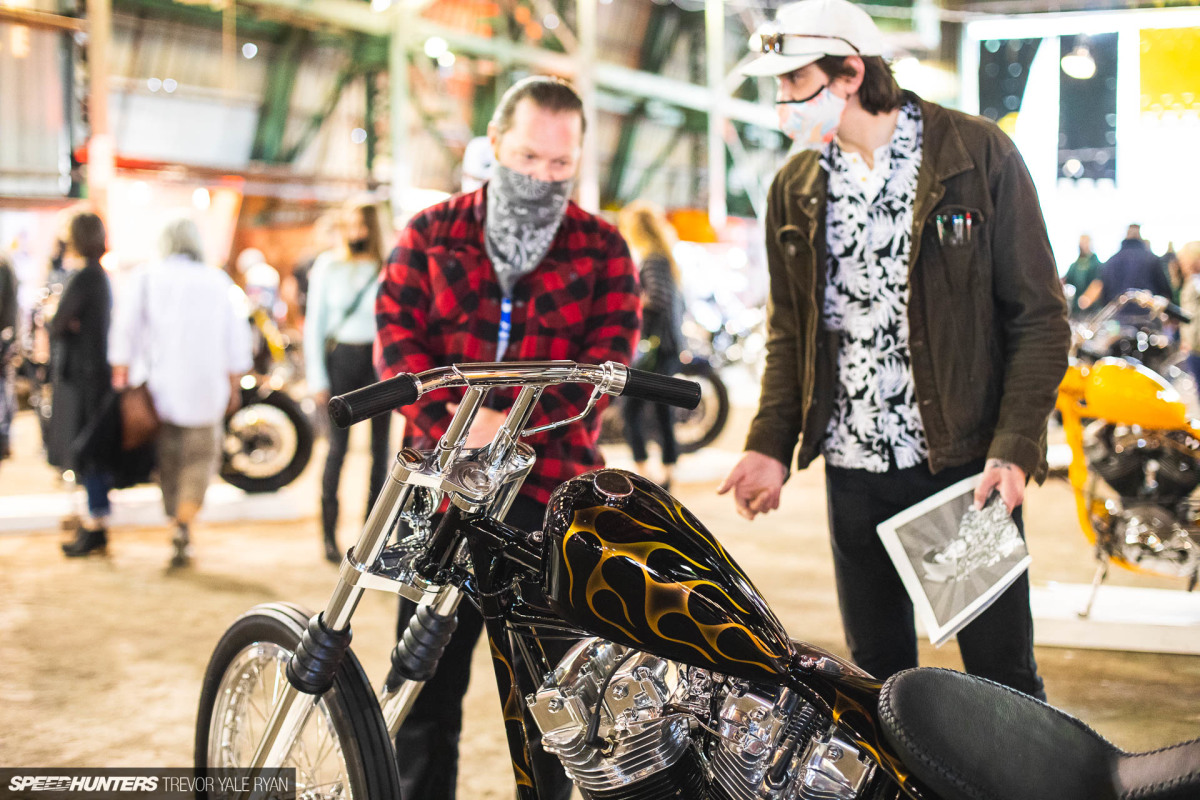 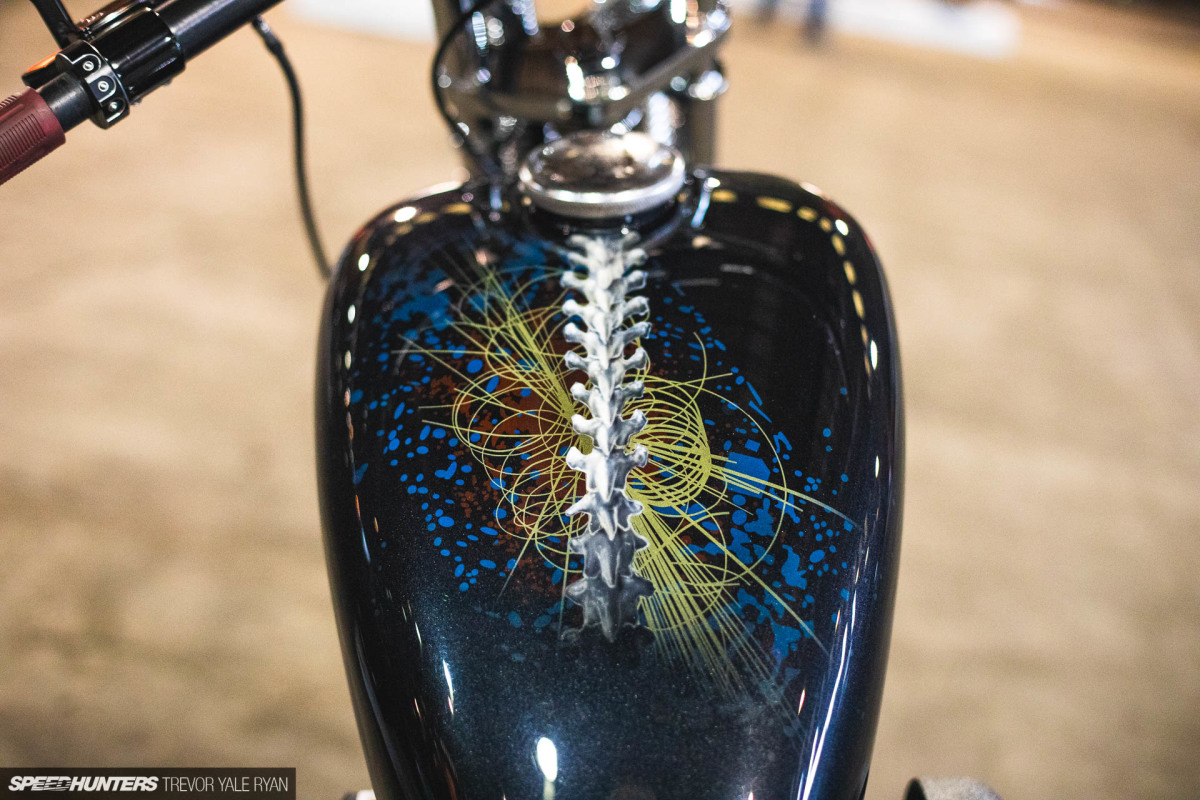 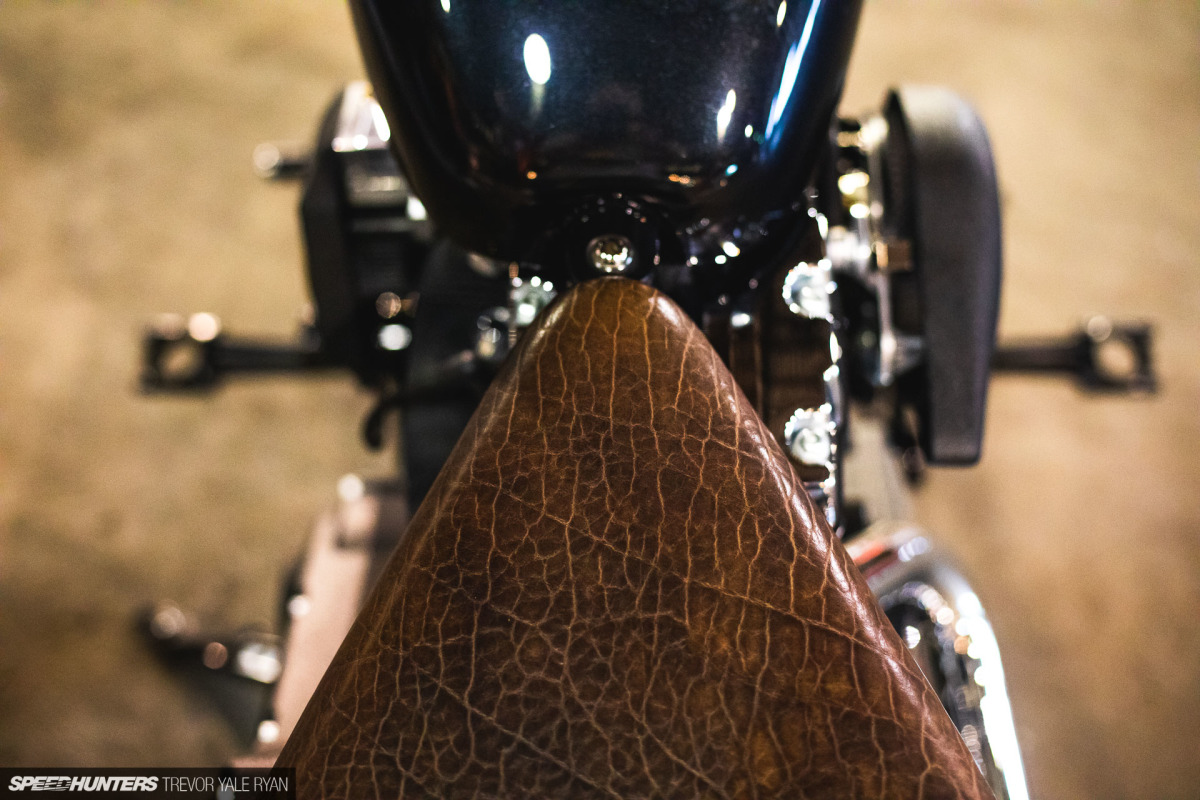 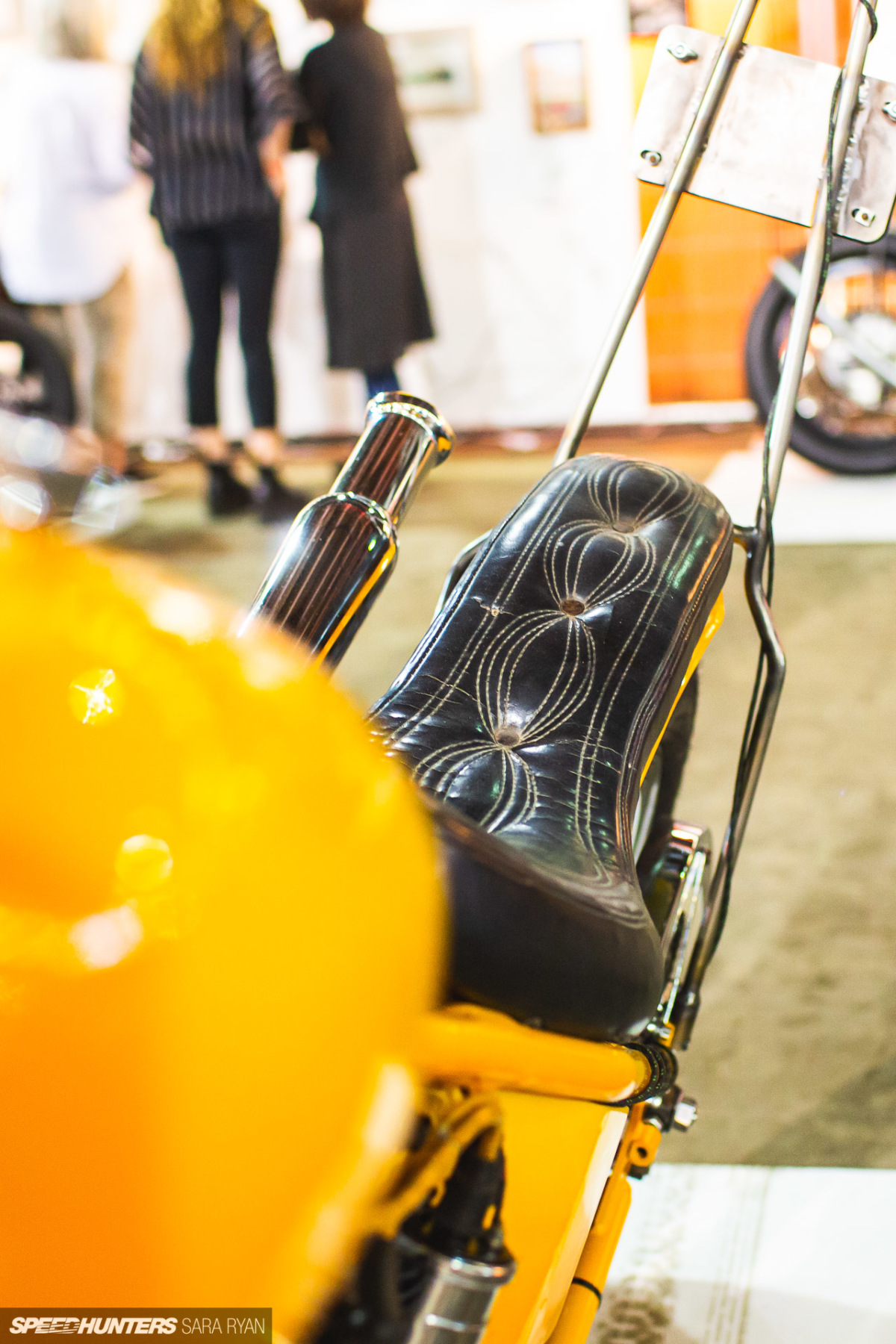 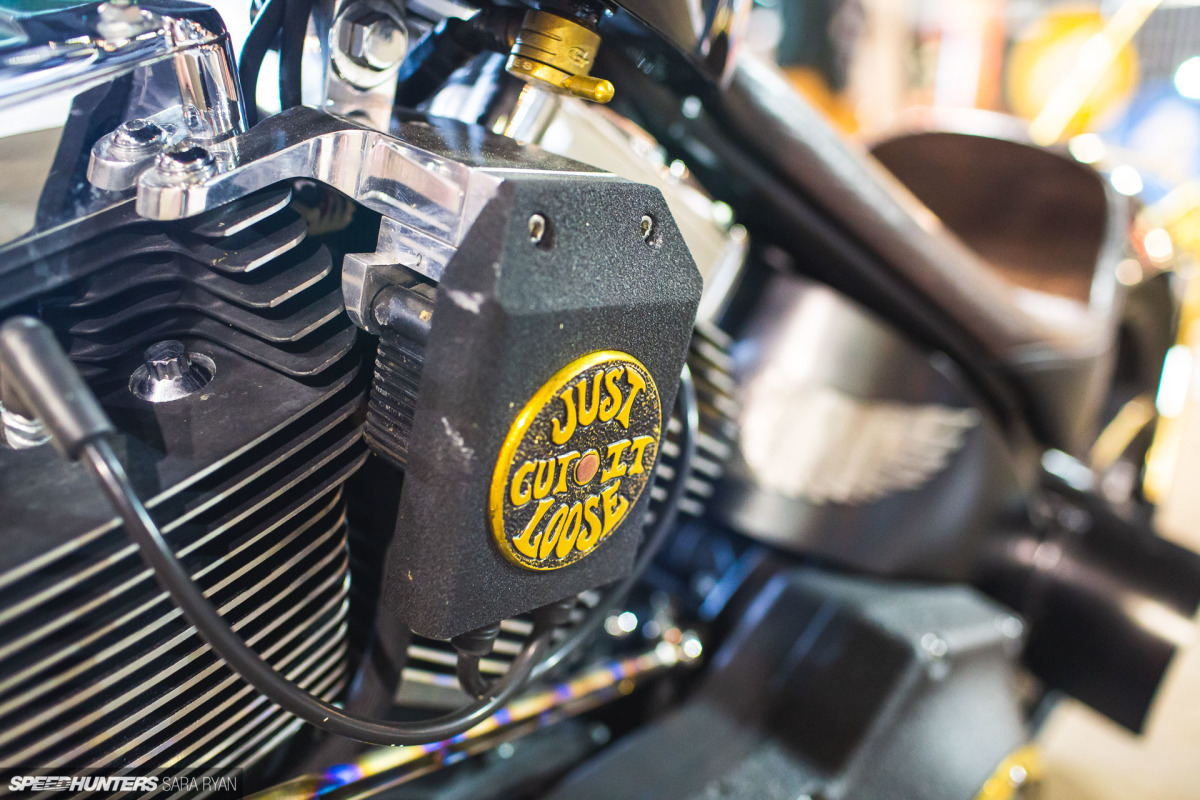 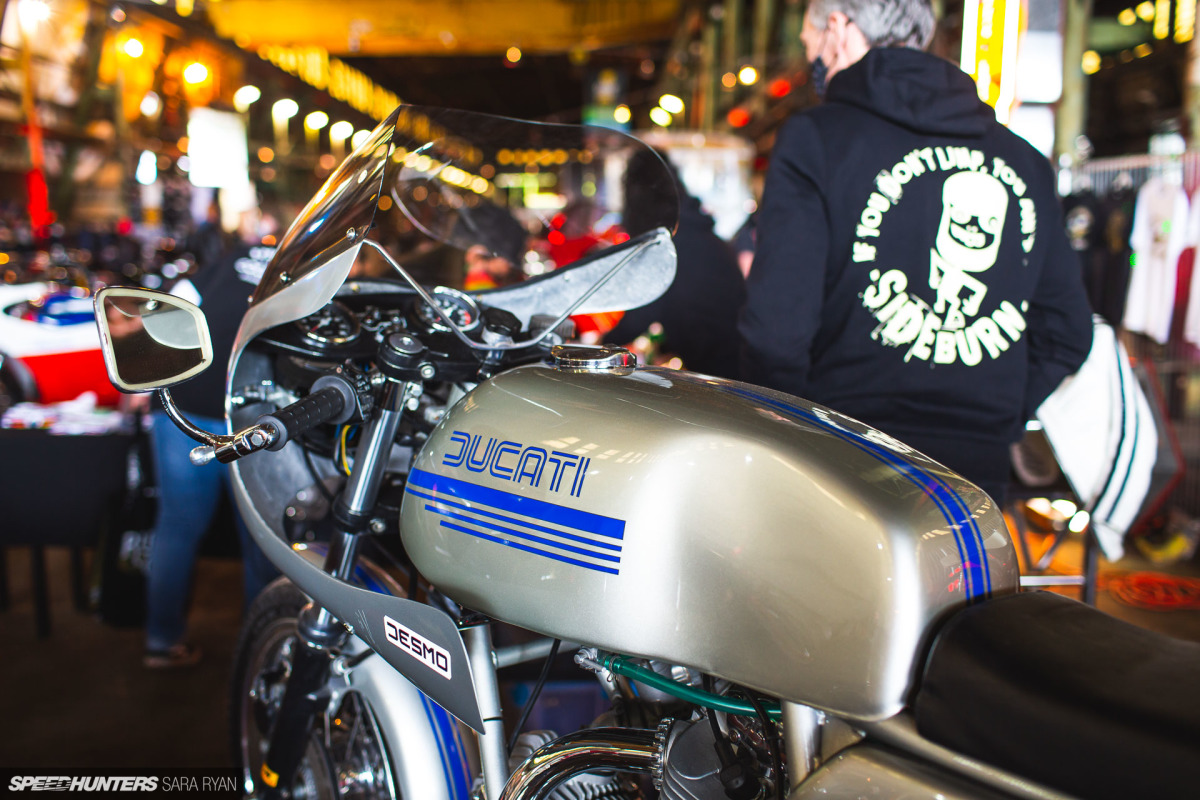 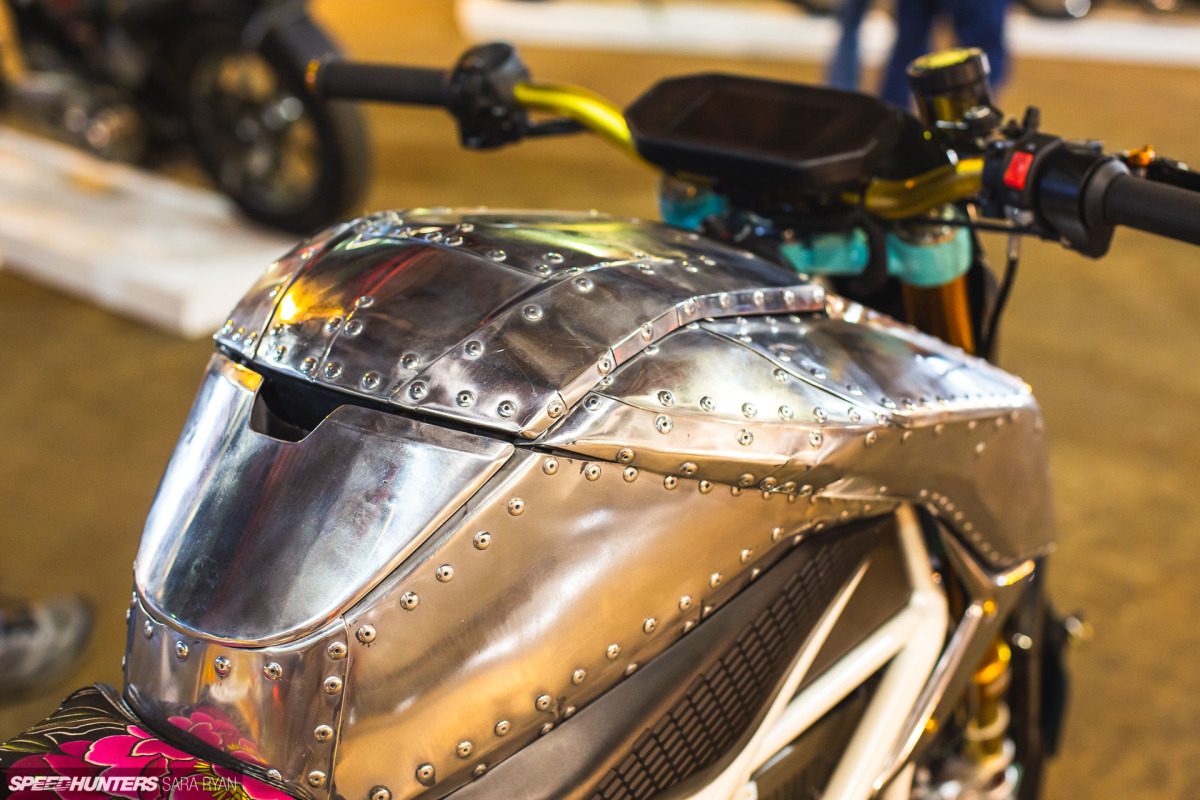 This tank in particular is paired with the seat that I chose for the lead image, and is owned by Thor Drake. Thor is the one who started See See Motorcycles, the accompanying See See Motor Coffee Co. in Portland (plus some other locations – great for a never-ending cars and coffee-type vibe), and in turn, the first One Moto Show back in 2009. 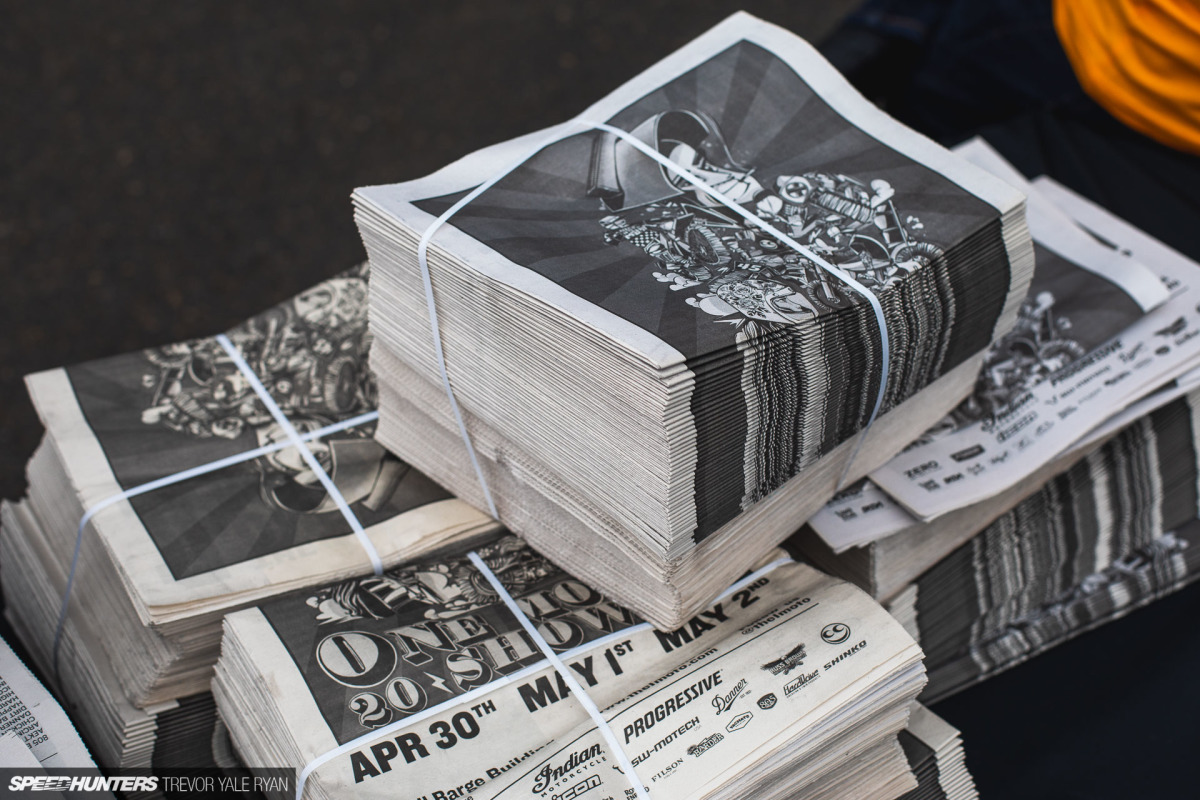 The artful vibes curated by Thor and his team are present from top to bottom at this event, even in the water on offer. Sara already touched on this but I mean, come on, who thought it would be a good idea to rebrand drinking water in such a dark and violent way? Whoever it was, they were right.

This next chapter is dedicated to the art that lined the fences surrounding the show. Each artists’ work is separated by an em dash — the most powerful of all dashes — and a photo with a QR code or other contact information for each of the artists is included. If I’ve made any errors or omissions, please email me. 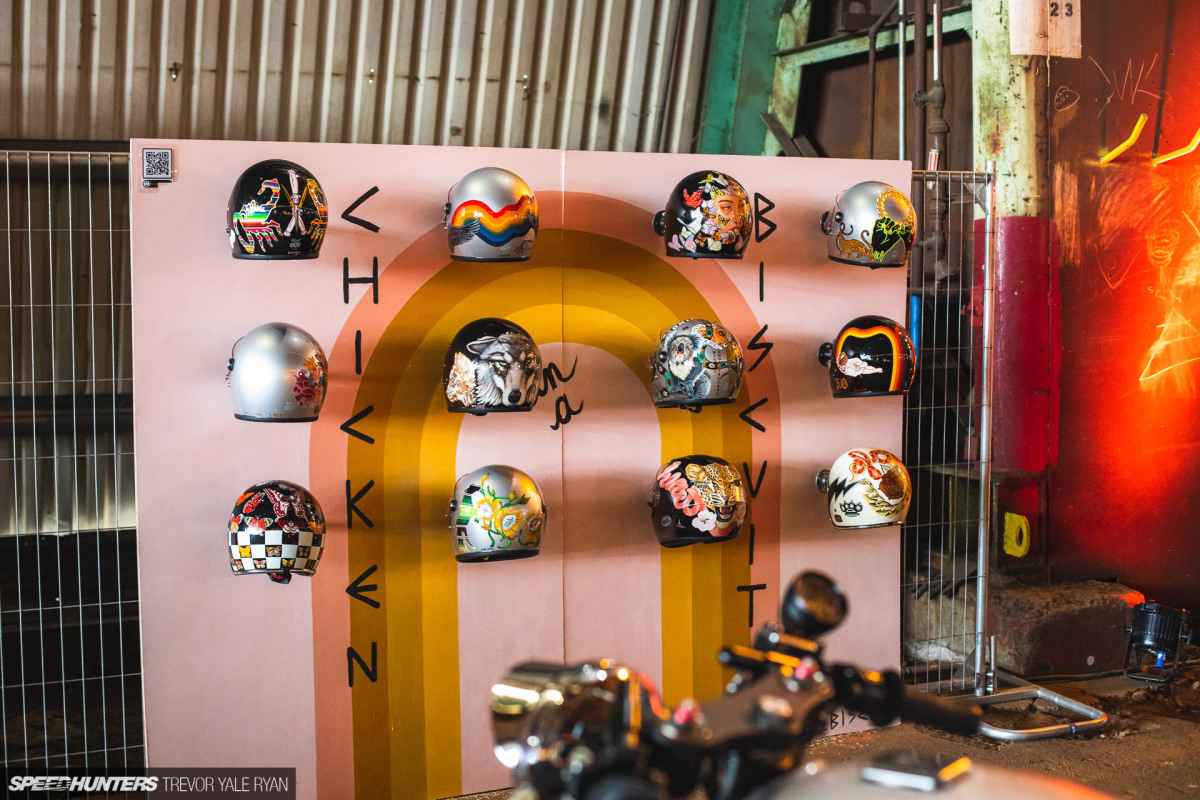 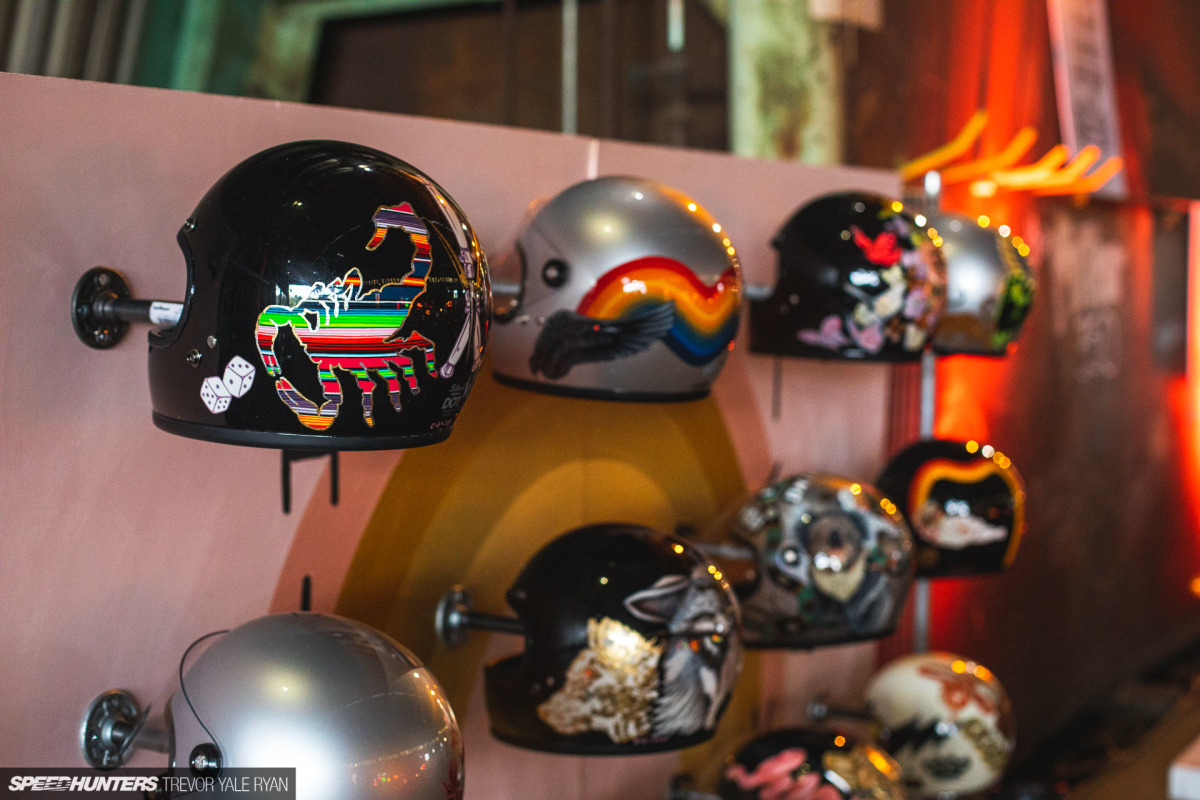 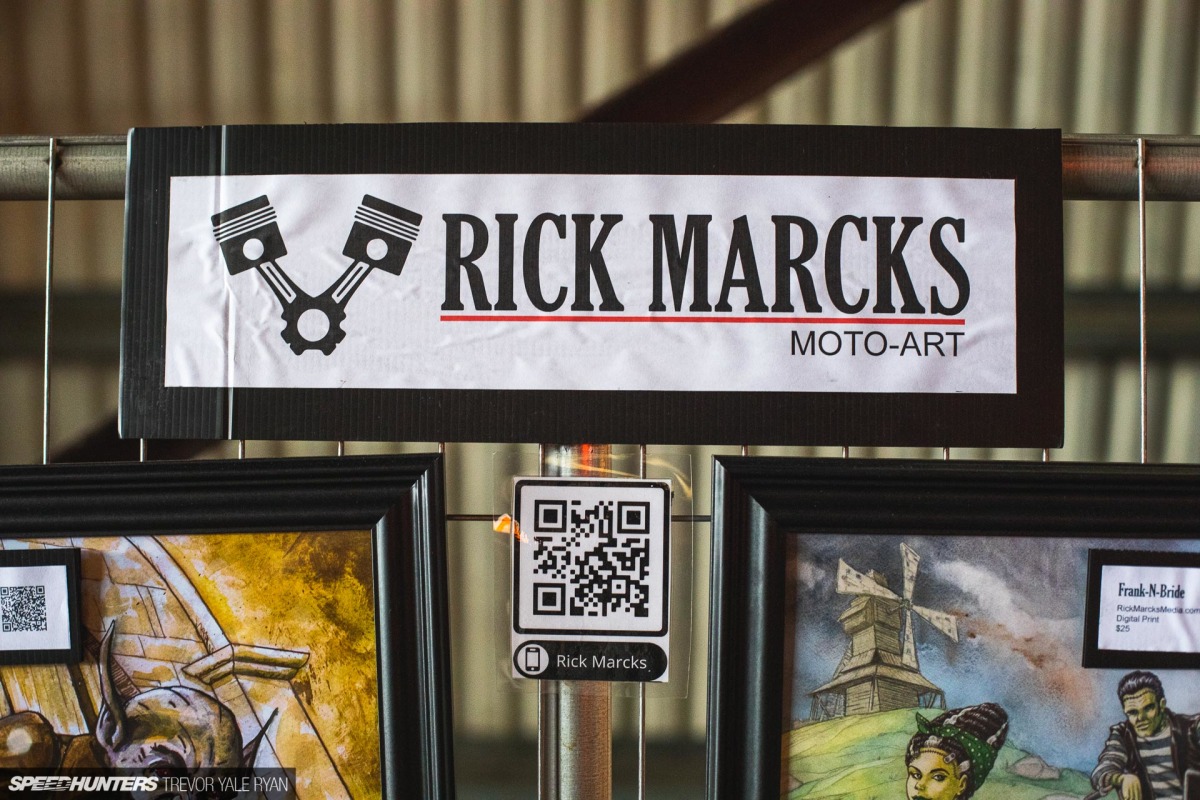 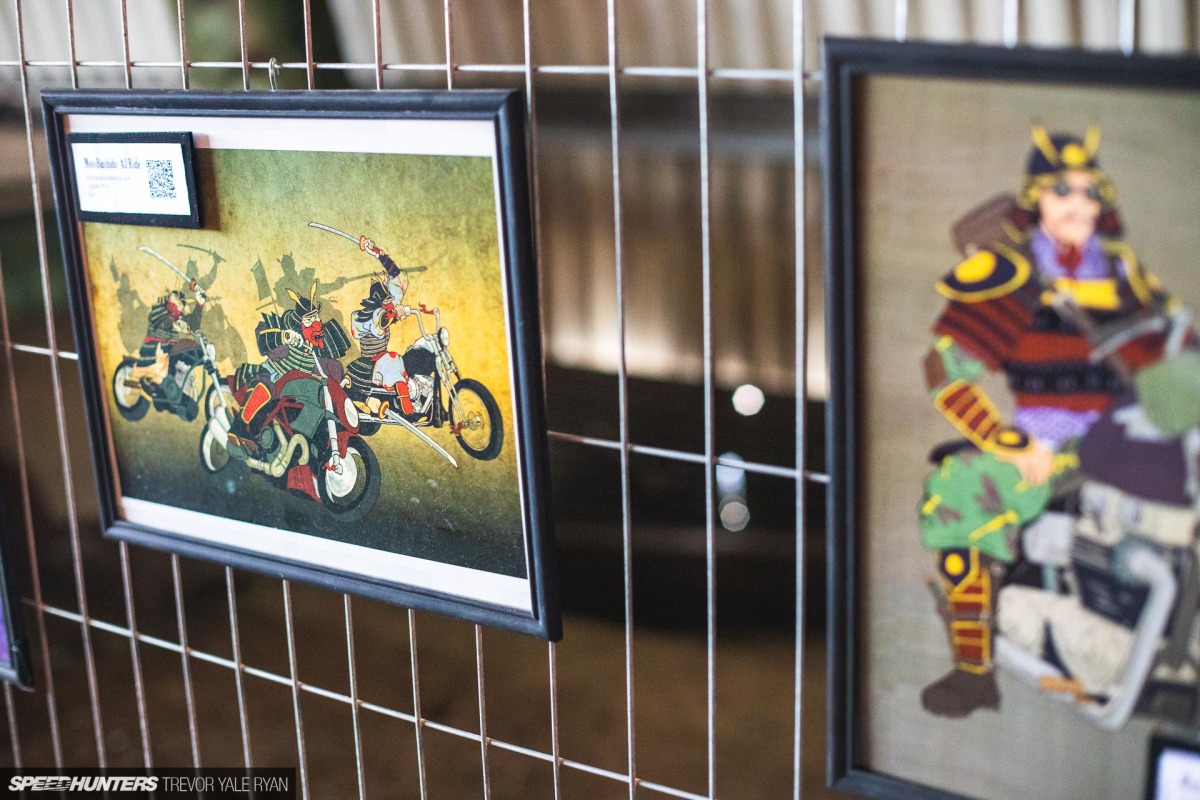 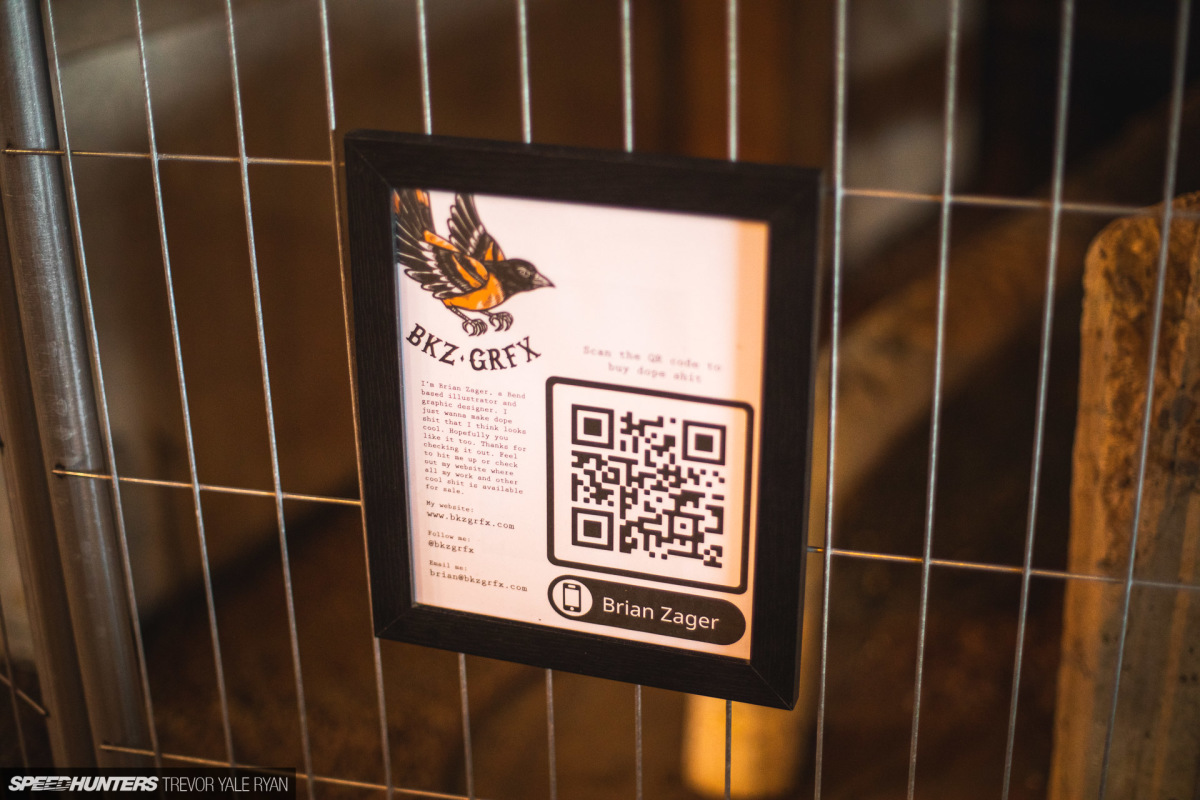 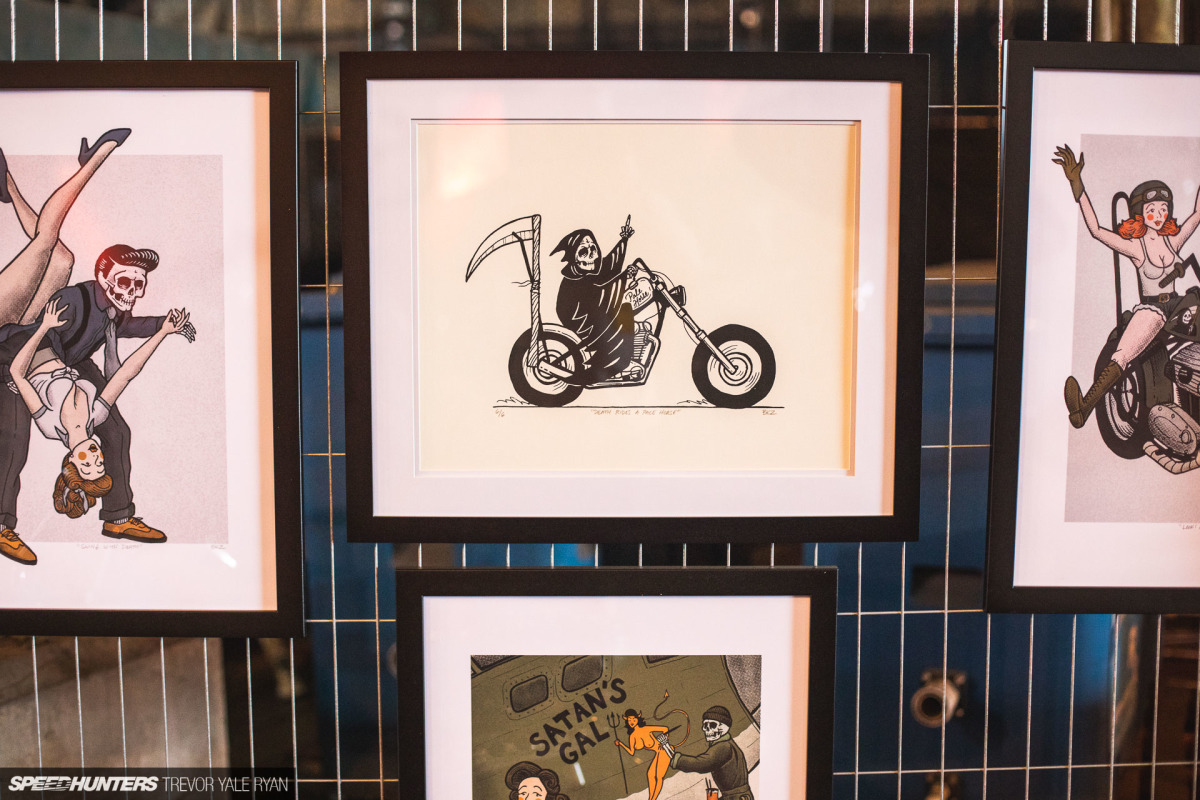 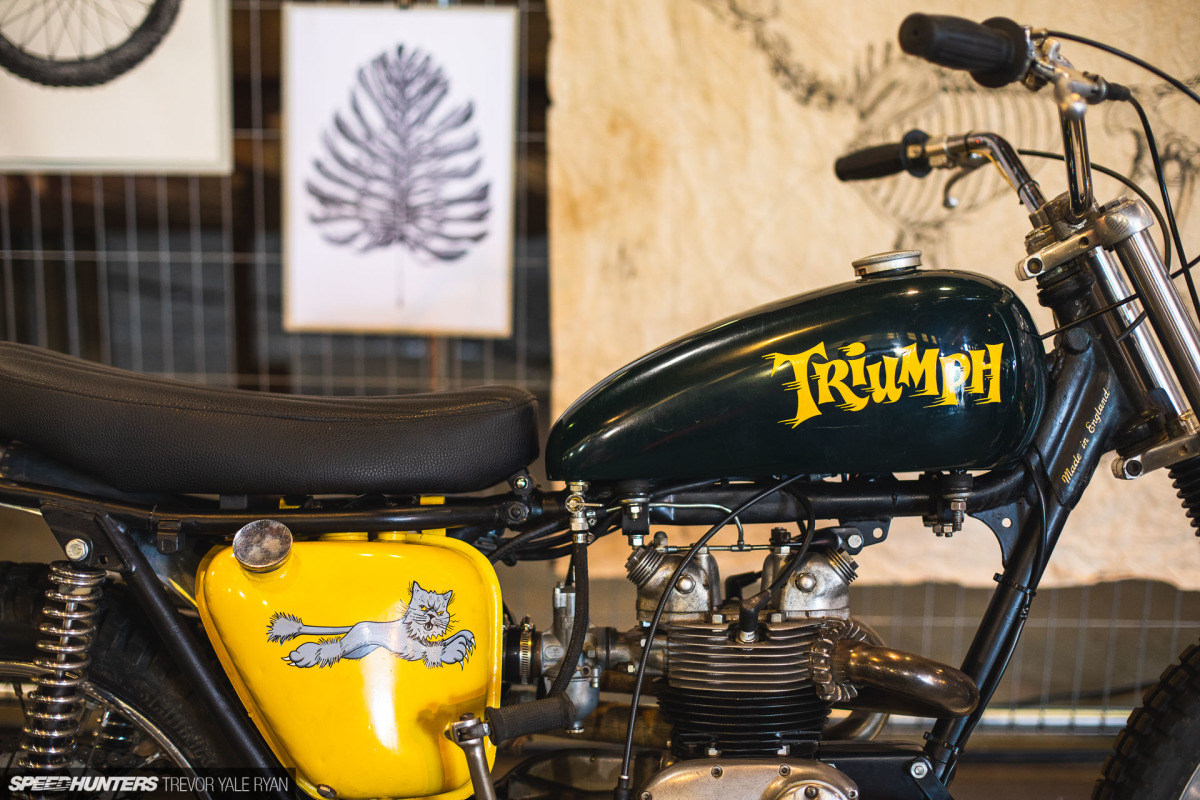 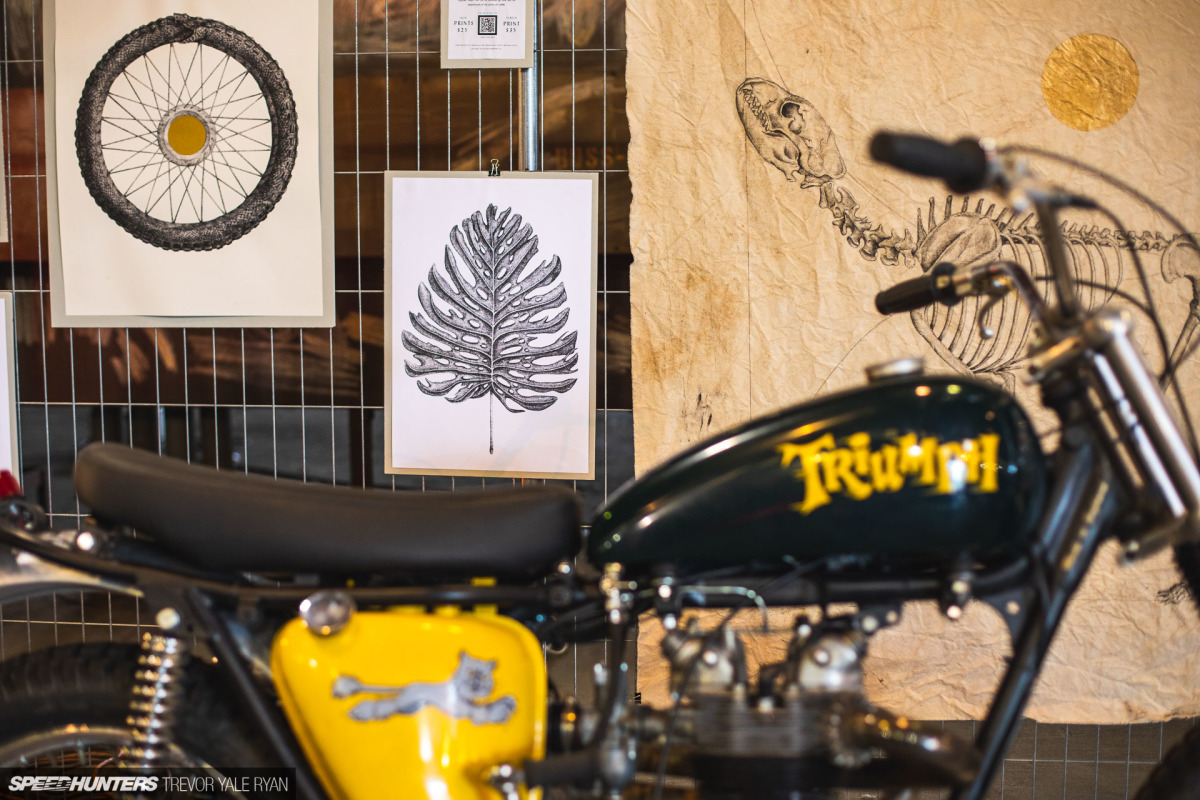 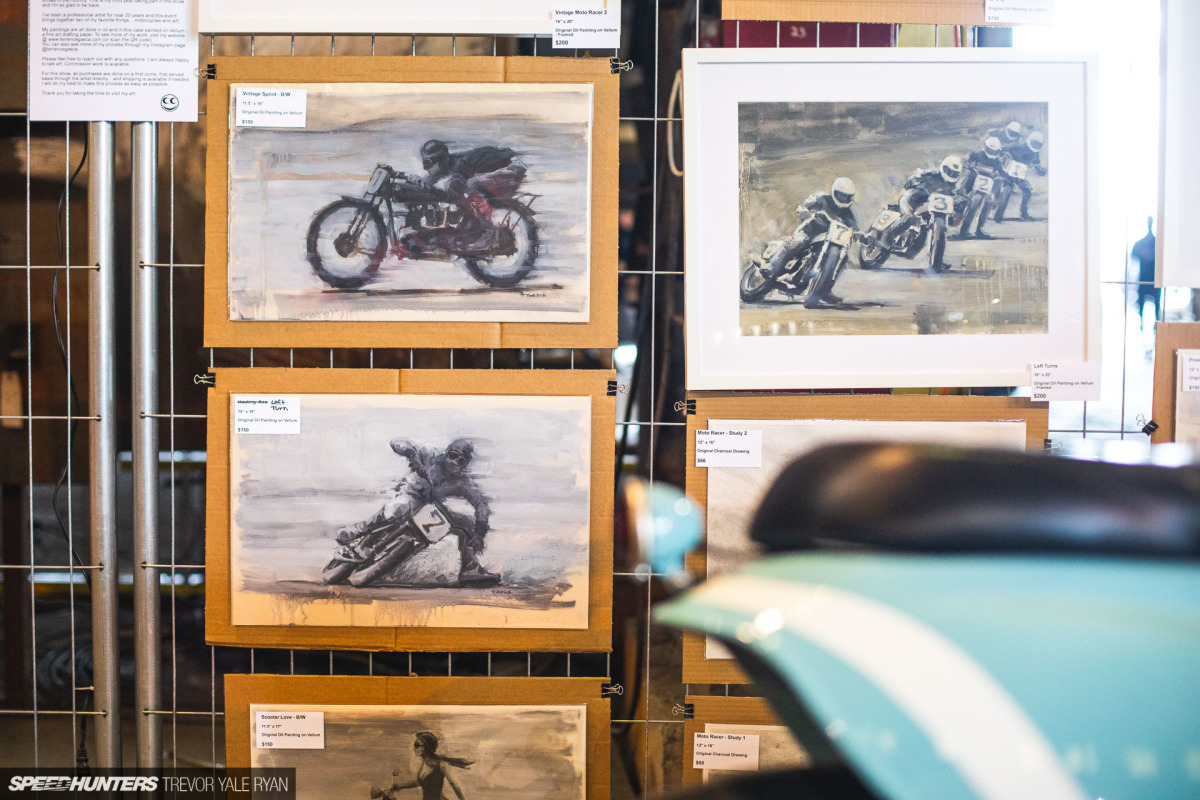 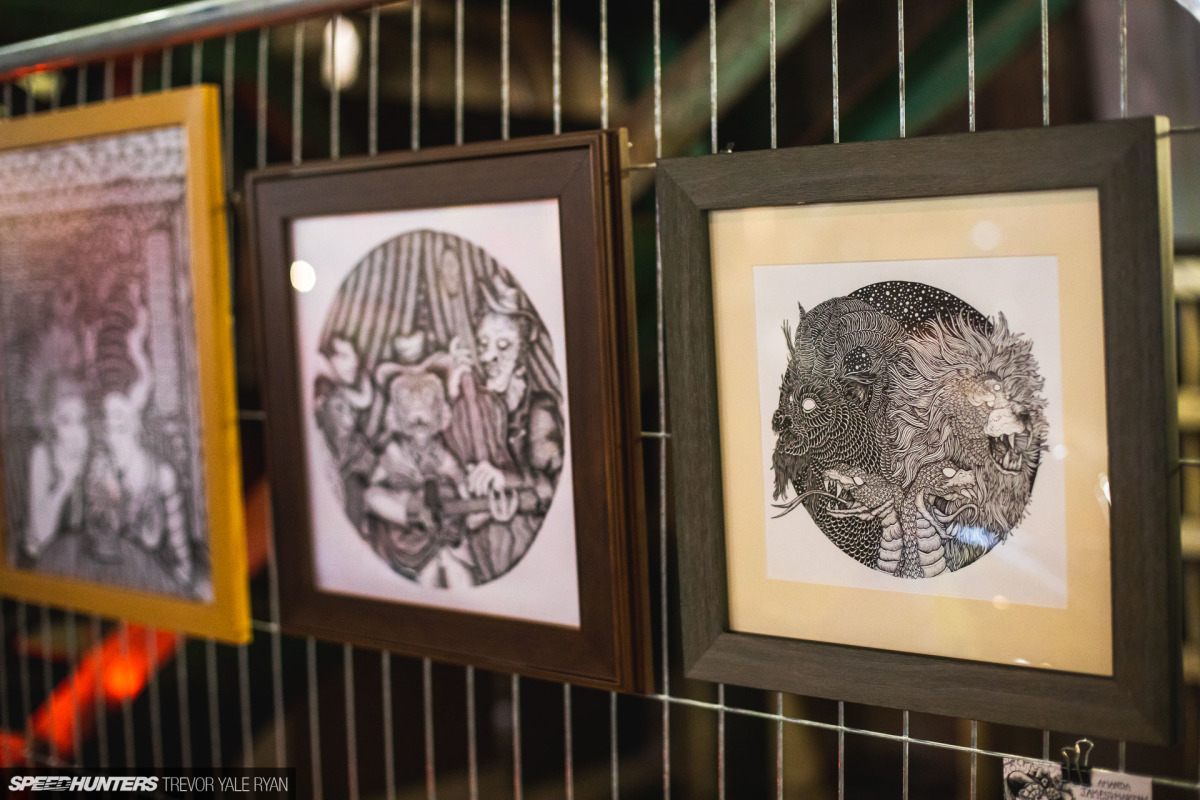 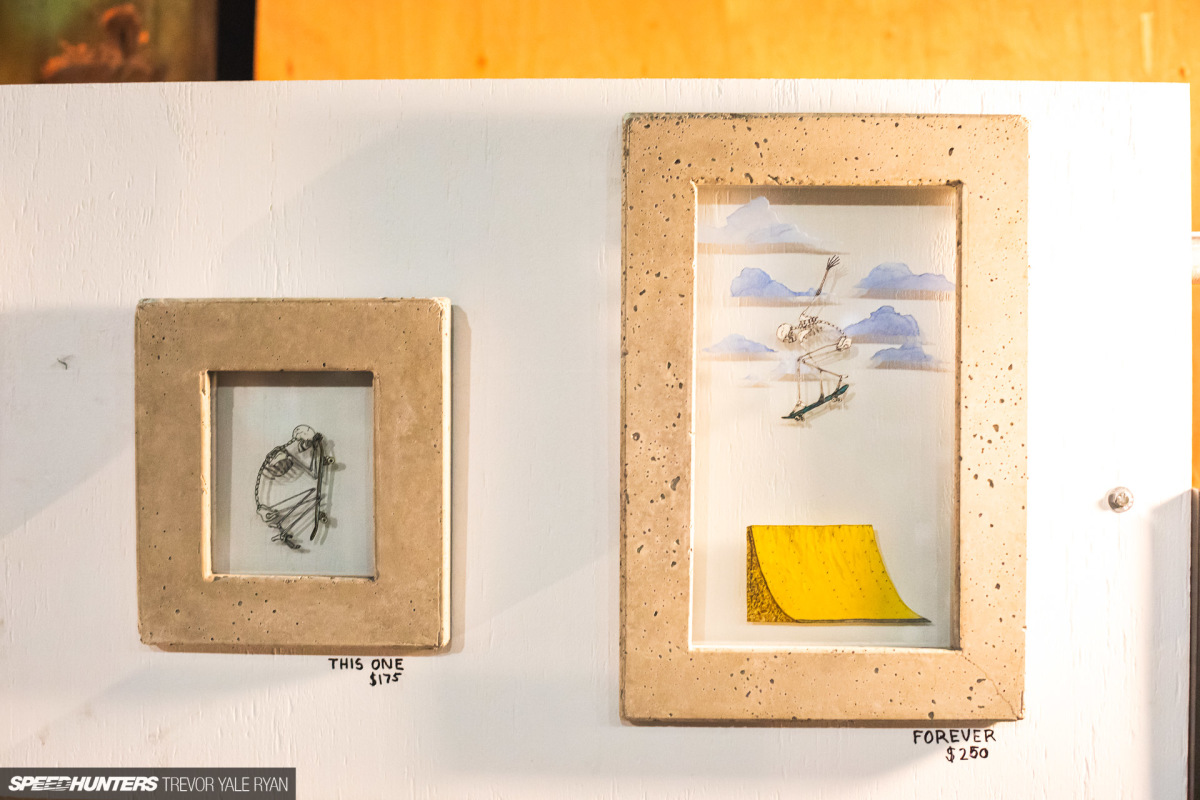 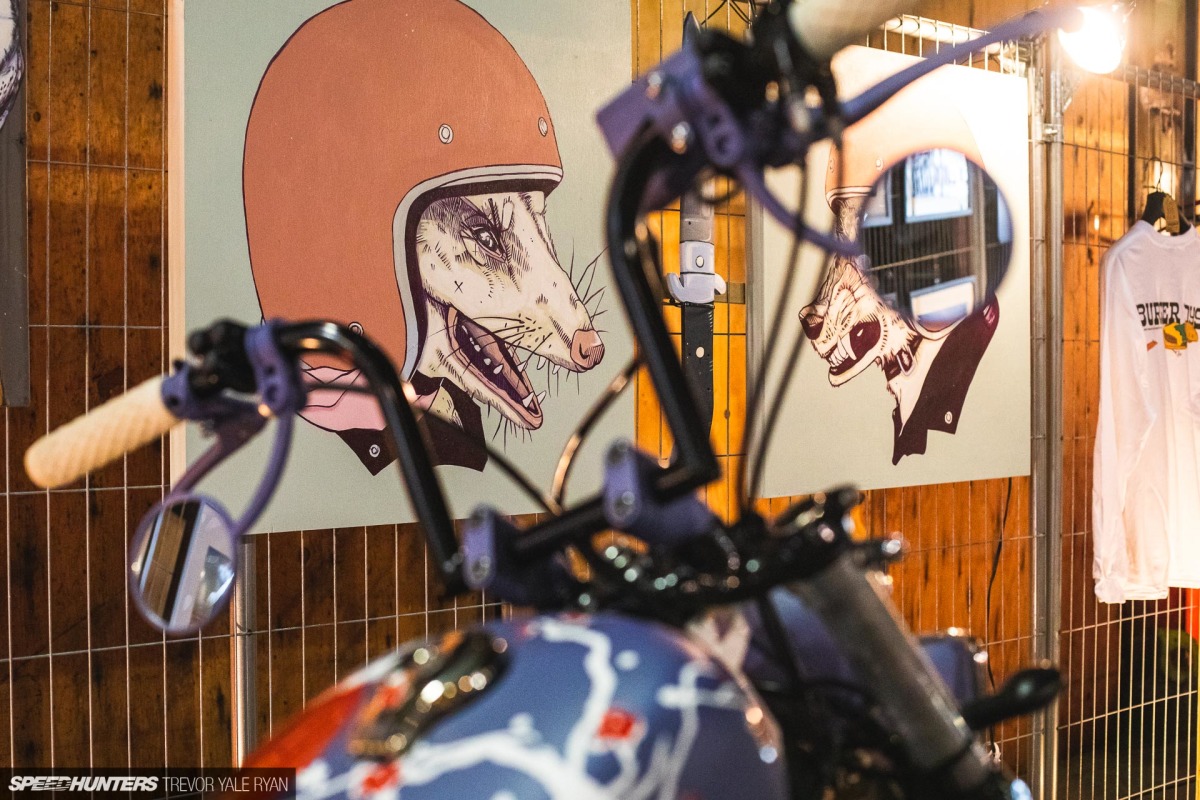 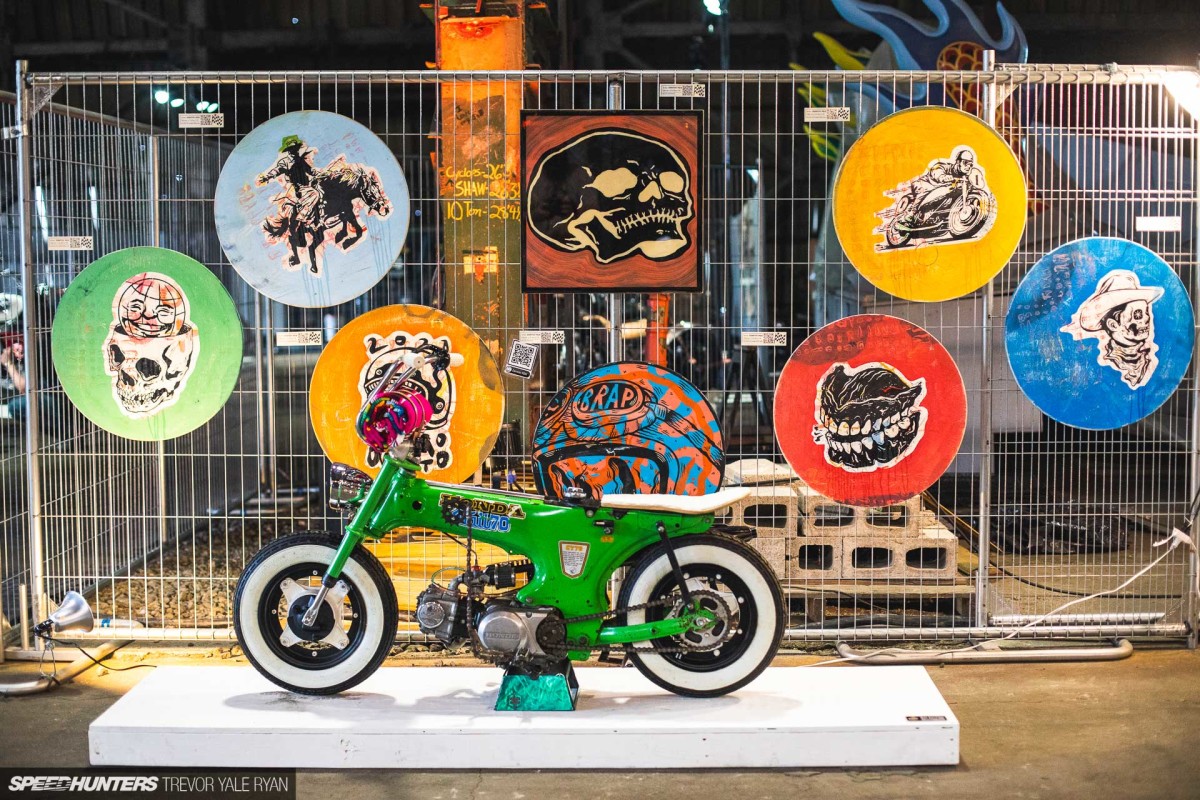 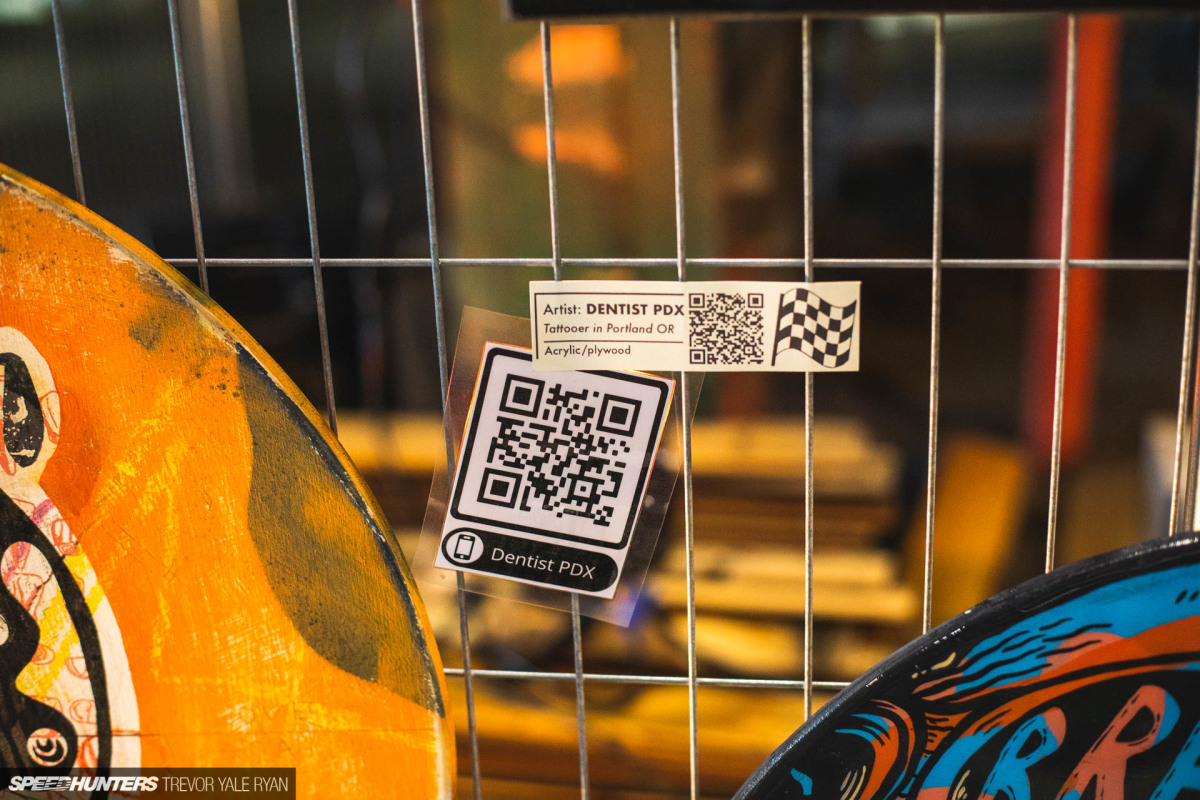 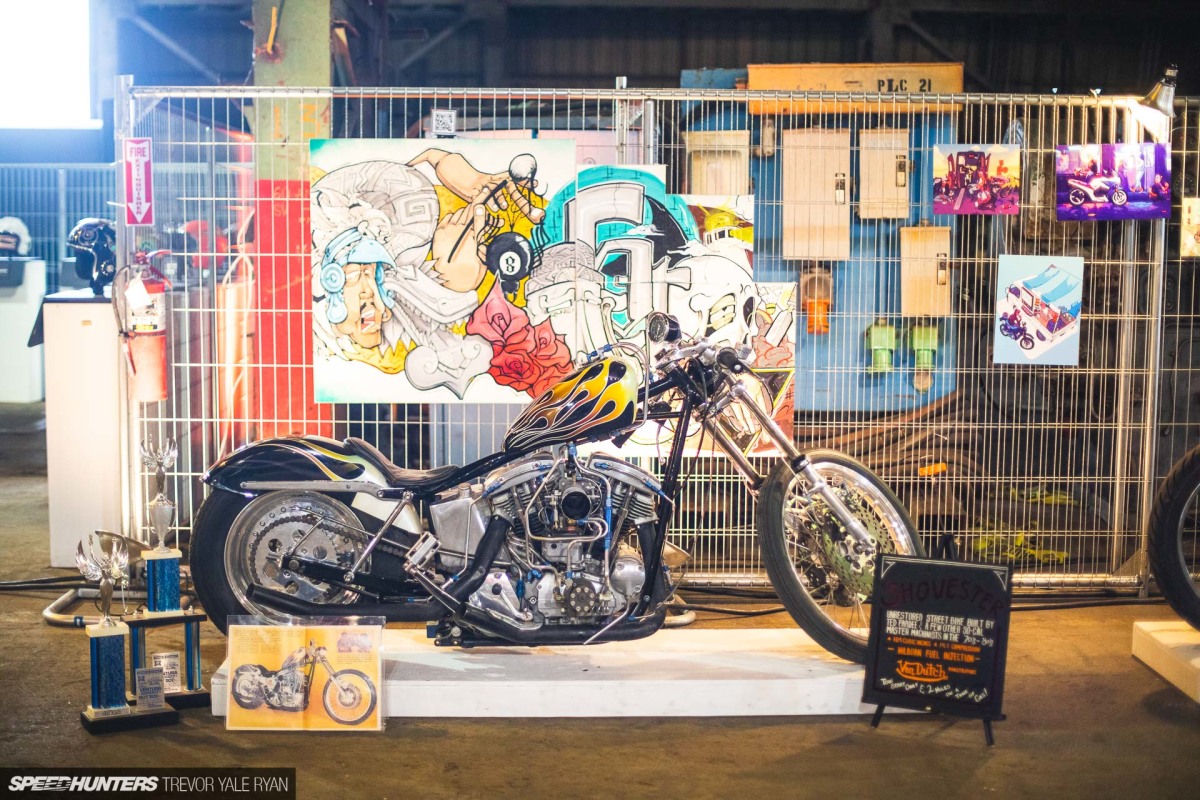 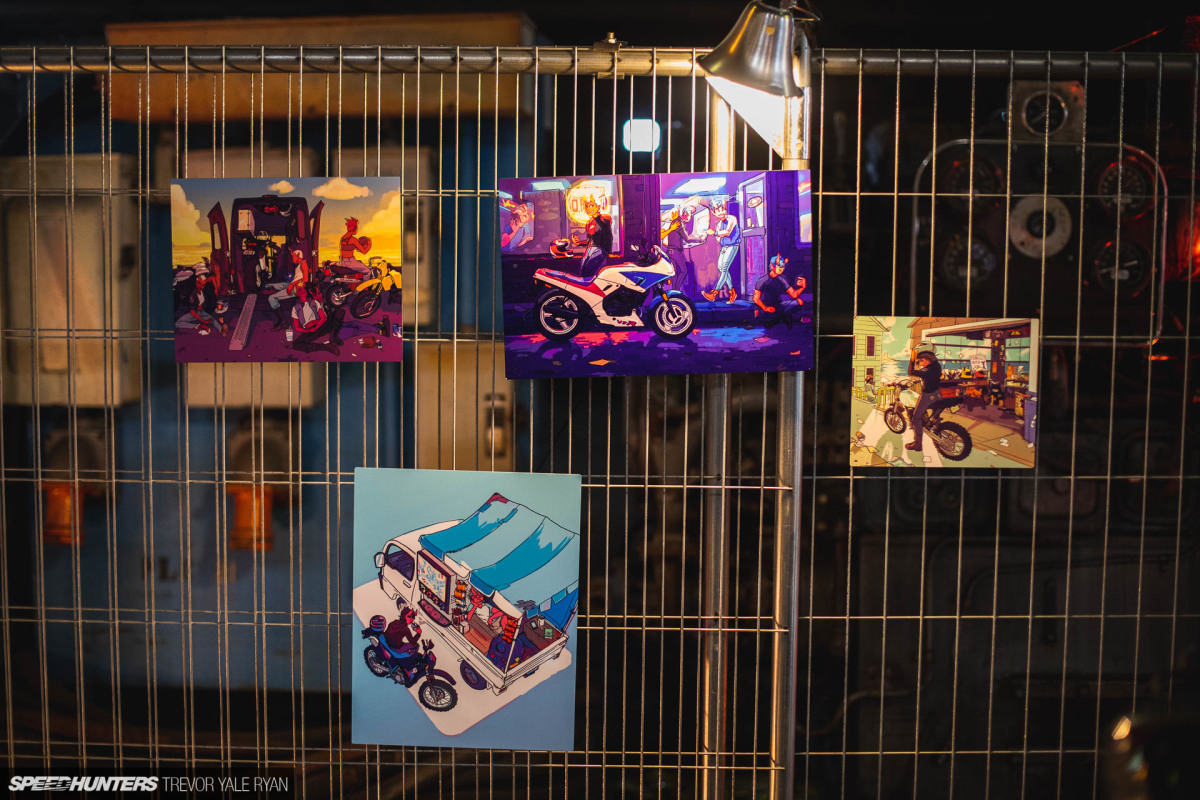 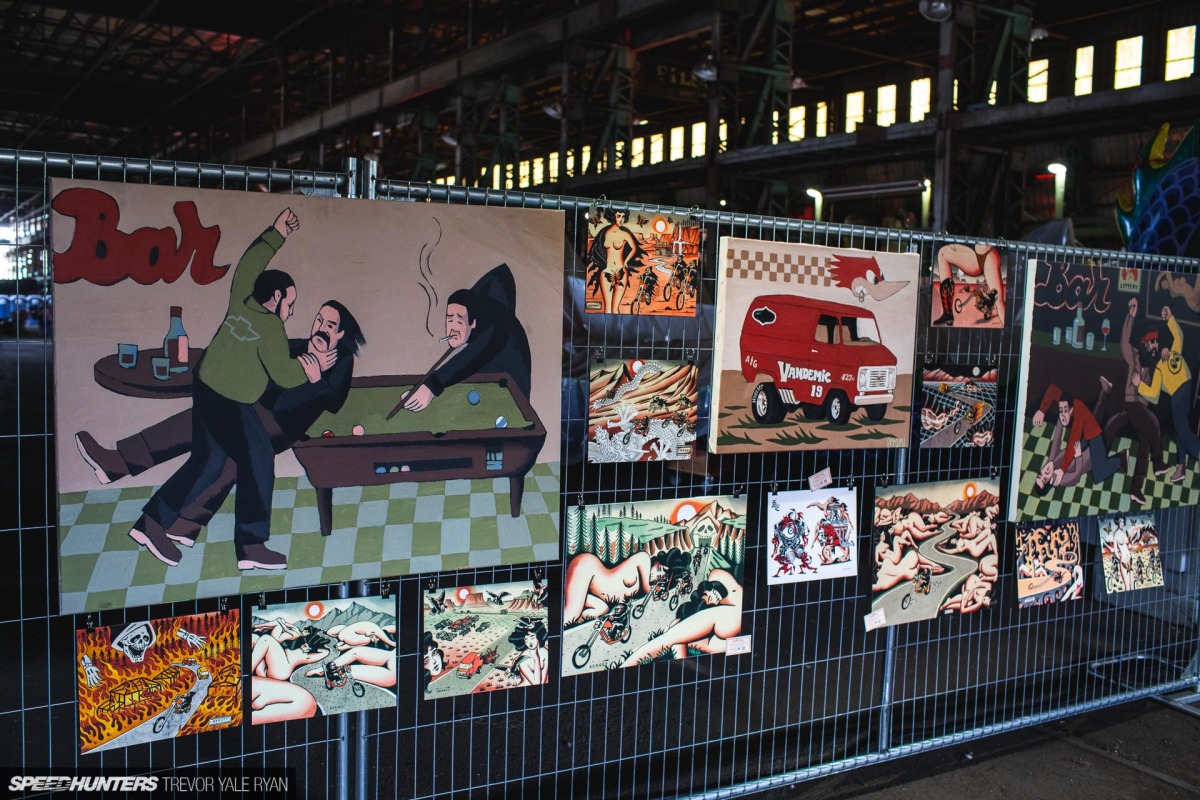 That wraps up 2021’s One Moto Show on Carfan. If there are any bikes in particular you’d like to see more of, leave a comment below and I can try my best to track down the owner between now and next year’s show.

During that time, Sara and I hope to run into at least a few of you at See See coffee in Northeast Portland. Just make sure you bring a cool bike – or car!

Public charging leaves a lot to be desired, though Tesla has the most effective expertise